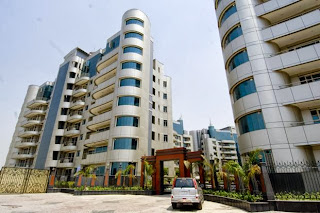 As you drive around any metro or even a small town in India, you see mushrooming buildings of steel and
glass framing an emerging skyline. These buildings are modern, cookie cutter boxes, with tons of glass and steel and are clones of any such edifices in the world—be it Dubai, London, Singapore or
New York.
Anyone who knows India knows of the dust and dirt on the streets. In that scenario, glass? The cleaning systems are rudimentary—and square feet after square feet of glass is difficult to keep clean.
The glass surfaces everywhere have begun to collect visible amounts of dust and dirt—and each building spends enormous resources on fighting this battle. And that is just the problem with some of the functional aspects.
The inspirations for architecture in India could have been many—from digging into the rich tapestry of architecture and design history of India, to the understanding of local materials that are both environment friendly and cost efficient, to an inquiry into Indian public spaces and the collective expressions in those. The starting points of inspiration are many. 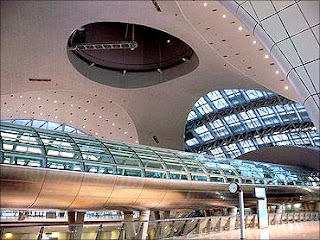 India is a land of transposed design. Indeed, I believe this to be a theory true for most developing nations.
Progress means picking up designs from the developed nations of this world and super-imposing them on the developing nations—with little thought or attention to local contexts.
Why does this happen? Why has the power of design been consistently overlooked by developing nations in everything—from airports to large hydel dams, from consumer products to malls, from clothing to automobiles? There are no more than a handful of local insights or solutions.

In a country that is hot and humid— like India is, men’s collars turn black and grimy every day, detergents sell proverbial tons thanks to their ability to clean collars and yet in the shirt wearing history of modern India, there is no record of any innovation on the collar. It is not that this is a nation of people who lack the intellectual capital. Far from it. Nor a nation that does not show an entrepreneurial orientation to adopt
new ideas.


Again, far from it. Then why is design not part of the Indian consideration?
The answer lies in history. In 1657, an Elizabethan era of scientific inquiry, when the western world was inventing the pendulum clock and understanding the principles of probability—Aurangzeb, a particularly ruthless and regressive Mughal emperor was ascending the throne of India.
By 1757, when the spinning jenny was heralding the industrial revolution, changing the way people lived and worked and giving the first taste to capitalists of the profits to be enjoyed through industrial design, the seeds of belief in the power of design were sown. When the first cars and the Macadamization of roads were defining a new way of life, India fought and lost its first battle of independence, the Battle of Plassey, to the 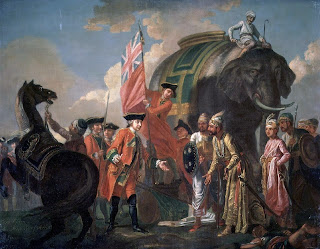 East India Company, which quickly established the latter’s rule. The ammunition and ships they brought with them helped them establish a stronghold in the country. And the systematic plunder of India’s natural resources and the decimation of local enterprise began as even the most basic commodities such as salt and sugar began to be imported. This was also an era when imported fabrics from Manchester took over the local markets and local weavers and craftsmen began losing their livelihoods. This then, is the beginning of a super-imposition of external sensibilities and aesthetics on the local population. Local enterprise shriveled and toeing an imperialist line was mandatory for economic profit. The power of design was completely absent.
In another 100 years, by 1857, the zipper, the safety pin, the fax machine, fibre optics (yes, 1857!) and hydrogen fuel cells were all invented, while India fought and lost the second battle of independence—also called the Sepoy Mutiny depending on which side of the Himalayas you come from. It was importing everything finished and designed and was exporting everything raw and unprocessed. Every bit of value addition was done outside the country—and there was never an economic benefit of design that was demonstrated to the local population. Everything indigenous was slowly lost. 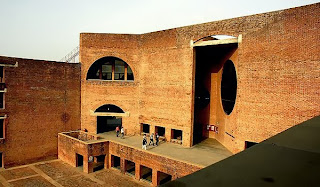 A decade after India gained independence, in 1957, India was trying tocatch up with the world. And it transposed development into India. The Indian Institute of Management, Ahmedabad— was modeled after Harvard Business School. The architect—Louis Kahn— designed what was perhaps his finest work, but with no integration of the Indian societal context in design. The management education in India needed to
understand the social context of sons inheriting family businesses and needed to enable them rather than 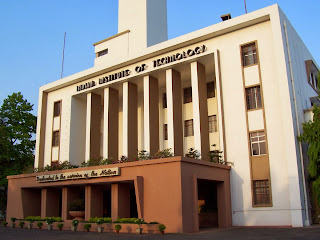 create managers for multinationals companies selling soaps and detergents and a well-segmented demographic. The Indian Institute of Technology was modeled after MIT, medical schools were set up and all indigenous forms of knowledge in medicine and sciences, to say nothing of the arts and crafts, were fading. The world had already tasted space travel, nuclear energy and computers and India was in a hurry to stay abreast with the world. 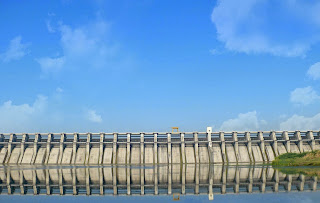 The same was true in case of large infrastructure projects such as hydel projects or big engineering projects. There was never a search or a debate about local micro solutions that maintained the local ecological balance and became a source of livelihood rather than uprooting the local population.
In this historically challenged world of transposed development, the Indian entrepreneur never learnt the fruits of design thinking and manifestation. The economic power of a new idea, service or product that met the local needs was generally not experienced. The luggage that needed to become a seat at the crowded railway station never got made. 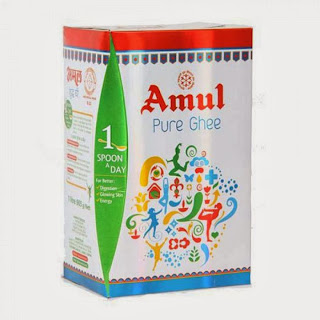 This dependence on transposed thought extends to the word of branding as well. Not only is the product design cut and pasted outside the context, so is the brand, its positioning and its packaging.
Local studies in semiotics and mining of deep cultural insights to understand implications on design and brand creation is often not practiced in category after category.

When Amul decides to propagate the much vilified ghee, by saying one spoon a day is good for you or Cadbury identifies a place for chocolate as a mithai equivalent—the brands see a sudden explosion in the market place. It is my belief that a deep cultural connection is necessary for a successful
brand and product design to exploit the market potential to its fullest.

Alpana Parida is president of DY Works (erstwhile DMA Branding). The views expressed here are her own.