Are You Actually Happy? Is Anyone? 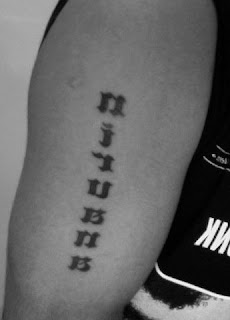 Happiness is a subjective emotion. Everyone has different requirements that are tailor made to their personality in experiencing the feeling of joy. The concept of what exactly happiness is differs across a population. Some people find happiness in materialistic possessions, some in spiritual awakening and there are also some that don’t have a definition for it at all. There is no right or wrong when it comes to happiness just what one feels. The pursuit of happiness is a lifelong journey that isn’t complete till the day you die. I’m one who aims for the best, so I don’t desire an expensive watch, a beautiful home or a billion dollars. I want something more. Whenever I’m asked what I want most in life, I have one standard answer, “ At the end of the day I want to be able to look at myself in the mirror and be genuinely happy, I want to attain Nirvana.” The concept of ‘nirvana’ or salvation describes how you reach a point of ultimate satisfaction and are then cut off from your body form and worldly desires. ‘Nirvana’ is a concept I live by, I have it inked on my left arm. I worship it but I’m looking to breach it in one small way. I long to attain nirvana while alive, I have no idea how I would accomplish that because it opposes the very essence of the concept. I’d rather be a dreamer than a follower.

Happiness is near impossible, it teases you. You think you want something; work hard to get it, on attaining whatever this prized possession is, your imagination immediately conjures up another desire or makes you confused as to why you had that desire in the first place. Many people’s desires are shaped by society, any materialistic possession serves as an example here. If one takes a step back and observes those around him, he will see one big machine. Almost everyone you know is going through life in the same way; school, college, money, marriage, kids, retirement. I find it amazing that out of all the possibilities in this huge world of ours we have narrowed down a basic cycle of life for all humans. The best part is we have done it without even knowing it. Our society is all about conformity; it’s a concept that is engraved into our minds from the second we are born. By this logic our desires are conformed with one and other. This one big conformed desire of ours forms it’s roots at the concept of materialism. But, look at the world today with war, terrorism, divorce, hunger, environmental destruction, economic instability etc. At the end of the day what can an expensive diamond necklace do for your spiritual well being, inner peace or for the general good? Might it be better the shift our desires based on another concept? Maybe peace or love?

Anton Chekov wrote an essay titled, ‘Happiness’ which exemplifies this very point. An old shepherd talks of these treasures hidden underground that no one can find. People have been trying for years and years but it is said a spell is needed for the treasures to reveal themselves. He complains about how they are going to waste and aren’t ever going to be of profit to anyone. A nobleman was passing by; the shepherd started conversing with him. He told him about the treasures and of his disdain because he couldn’t find them. The nobleman promptly replied that people who look for these treasures their entire lives would never find them and hence would never know what happiness is. He then asks the old man what he would do with the treasure if he were to find it. To this question, he had no answer. The shepherd was old and probably didn’t have that many years left. He was still plagued with these materialistic desires. I feel sorry for him; even in his old age he didn’t have any idea what it was to have a peaceful mind. His whole life was more or less pointless, according to me at least. What does it matter about your conquests or experiences when you have never actually been happy or felt peace of mind? He was a shepherd, an old man, instead of plaguing his desire with treasures (with which he didn’t know what he would do) maybe if he concentrated on finding a lover or traveling to another, more peaceful place he could have felt something that he never did in his life, a sense of fulfillment. But, no, he gave in to societies materialistic mentality and as a result he was never happy. This story exemplifies how people turn their minds off and are blind to their own thoughts but rather make decisions based on society.

I have come to a conclusion that no one I know or anyone who is anything like the people I know could experience true happiness, or my concept of nirvana because they all are like the old man in the story. Blind faith to please society without thinking for oneself is a common trait amongst people. To know someone who is truly happy would be to imagine someone I have never met. I imagine Alex, a 25-year-old ‘man’ who lives in Marbella, South of Spain. He owns his own little restaurant on the beach where he makes exotic, delicious, inexpensive Spanish seafood (tapas). There’s some Spanish music playing in the background, people drinking beer, smoking joints, whatever they want really. He catches the fish sometimes or pays these kids to do it. His beautiful wife, Jasmine and him cook the food together while they drink sangria, dance and make love. The place is not too big so they are never cooking for a large number of people and really working hard. They have no qualms, no jealousy, and no enemies. They are carefree people and are madly in love with each other. They own a beautiful home by the sea just for the two of them and travel all around Europe visiting all their customers who became their friends while they showed the travelers around during their visit to Spain.

The Shepherd isn’t that different from Alex and Jasmine. Granted, he is an old man in a cold, harsh Russia while they live in the beautiful port of Marbella. However, happiness doesn’t depend on where you are or what you have but on how you think, both questions are answered by your own state of mind. Your thoughts can drive you to new places either better or worse. Hence, the old, crotchety shepherd herds a flock of sheep in the freezing temperatures of Russia while the Spanish couple drink wine and eat delicious food while watching the sunset on a beach with white sand and a clear blue sea. Happiness to a certain extent depends on how much you let society, reality affect your own imagination and thoughts. The more you are strayed and taken in by society, the less likely you are to find true happiness. This is where my beliefs and principles that I have grown up with have benefitted me. I may be sociable, and appear as a part of the herd to a stranger but I never take my eye of the ball. My imagination is the one thing that is mine; it’s fully naked to my eyes and no one else. My thoughts are influenced by me and me alone. Reality tries to play its’ games, to force its’ influence and it succeeds on the weak minded common man but not on me. I may have temporary lapses. I know what I want, I will not forget, ‘Nirvana’ is there for the taking, I can feel it, smell it and almost touch it and the façade of materialism does not and will not blind me, of that I can assure you.

Materialism is a farce, it’s a scam. I think that people who give in to this concept could use some time of serious self reflection. Everyone is too swayed by society and they can’t be blamed. It’s difficult to see the bigger picture, people need to be introspective and dig deeper into their own brain and personality to figure what is best for them as an individual. Thinking about the image of Alex and Jasmine, of that life makes me certain that happiness is possible on this cruel planet. Free of materialistic desires, free of envy, free of scorn, just free, peaceful, content and in love.  It is possible to different and not plagued by the same desires other people are. What makes you happy? It isn’t a million dollar question, rather a priceless one.