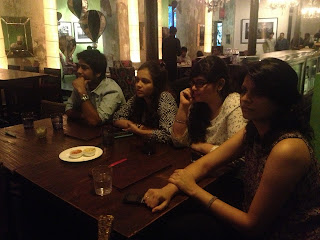 A few months ago a bunch of us, mostly newbie’s, were given the opportunity to attend a screening of a documentary on the life of Andy Warhol. It was at Good Earth and was followed by a 3course meal.

None of us really knew who Andy Warhol was; we were honestly going for the free food.

As soon as we entered Good Earth, an aromatic breeze swayed us towards the scented candles lying on the counter. But we resisted and headed towards the cafeteria where the screening was held. We were seated just when the documentary was about to start.

We went on to enjoy a suave evening spent with connoisseurs of art and design, amazing food and ambiance. The event gave us the perfect opportunity to get accustomed with newer facets of design, says Sangeet.

So who was Andy Warhol? 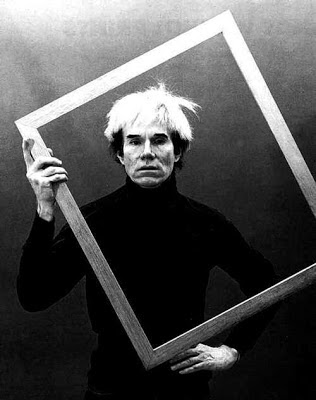 Andy Warhol was one of the leading figures of the pop art movement, which flourished in America during the late 1950’s.


The documentary started off by people associated with Andy Warhol talking about him. Andy had a very charismatic yet calm personality and one could notice the same throughout the entire documentary. It had its funny moments especially when Andy was being interviewed by a reporter and he was answering the questions in monosyllables.

But the most interesting part of the documentary was to see Andy experimenting with his newfound love, the camera. It was interesting to see how he was so obsessed with the camera. He would use it at all times, to capture everything. 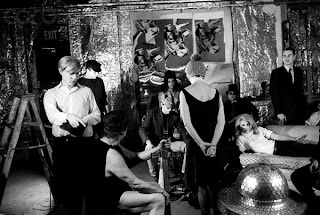 He started shooting in his ‘Factory’ where he would instruct his colleague to shoot everything that took place in the ‘Factory’. Eventually his films started to imbibe a bold nature.

“People who are crazy enough to think they can change the world are the ones who do it”.
I never imagined the phrase that I came across while reading the biography of a nationalist would hold true to the life of an avid artist who has an insatiable desire of art, says Tulika.

So what does an obnoxious pop art artist have to do with branding?

Andy Warhol’s obsession with pop culture and mass production has influenced many of the most successful contemporary artists. His legacy reaches far beyond the world of art.
The Warhol brand is instantly recognizable, widely reproduced.It is high quality art that is a very important part of popular culture.

What is it that makes brand Warhol still relevant 60 years since its creation?

Andy sold a story not art
The reason why Andy Warhol's legacy reaches far beyond the world of art is because it beautifully captures the story of capitalism in America in so many different levels.

The most valued brands worldwide succeed in just this, they all sell stories and not products.
Apple sells technology, design and innovation. Coke sells the ability to quench thirst better than anything. Cadbury sells happiness.

Using cultural cues to create instantly recognizable products
What makes Warhol paintings widely accepted are the stories that they represent.
In 1963 Warhol began producing a screen painting series titled the 'Big Electric Chair'.
The series was Warhol's way of protesting against the death penalty in America, a topic during the 60s. 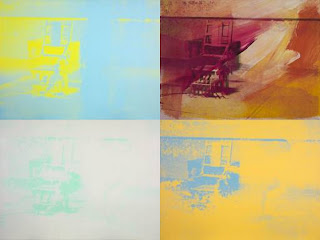 Andy Warhol was not just an artist, he was a pioneer. He drew inspiration from culture and helped shape it too.

At DY Works we believe that brands must be rooted in culture. Following a semiotic process while building a brand allows the brand to decode critical markets and consumer insights and encode them in the brands design.

Market with transparency
“If you want to know all about Andy Warhol, just look at the surface of my paintings and films and me, and there I am. There’s nothing behind it.”
He was himself at all times and he loved being himself. People knew everything about him, there were no secrets. He wasn’t just selling art, he was selling himself, his story, his life.
Andy's studio, 'The Factory' , was open at all times to a community of free-thinkers,socialites, musicians, adult film performers, drag queens etc who would discuss, argue or sometimes even fight over a plethora of topics. This group was essential to Andy's creative process.
In today's day and age the concept of an open studio has evolved into digital communities, social networking pages, micro blogging communities, YouTube discussion forums etc.
Brands increasingly use these mediums to engage, sense market trends, monitor brand conversations and innovate accordingly.
An interesting example would be that of Mc Donald's, Canada. The brand successfully managed to negate the poor food quality perception that it had been suffering from,just by using the internet as a means of being transparent to their consumers. Consumers we encouraged to post any question that they had via their facebook accounts onto a dedicated website. Mc Donald's gave every question a personalized a detailed reply using showcasing their process and approach. Click here to know more on the campaign.


The Oreo "Oreo Daily Twist" is another great example of a brand using the internet to make the brand a vital part of pop culture.
Click here to know more on the campaign. 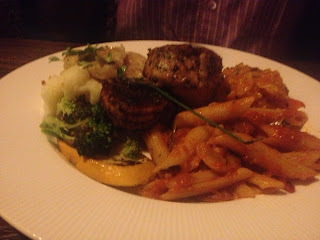 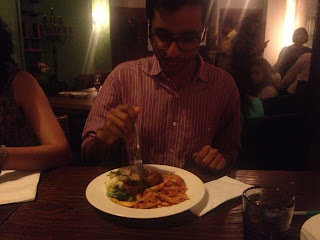