For most branding professionals, the birth, or even rebirth of a brand is a labour of love. It starts with a fledgling idea culled from a host of possibilities, nurtured and built on, until it slowly becomes a vision. It’s manifestations, whether brand identity, packaging or other relevant collateral are fleshed out and meticulously crafted to support that vision. And in an ideal world it would then be released into ‘consumerdom’, with the integrity of its vision intact.

However, there are several things that happen during the design process that dilute a design – reducing the whole to the mere sum of its parts. One of the biggest flies in the ointment is the consumer focus group. It is the altar at which many ideas and designs are sacrificed for their safer, more familiar counterparts.Where stock feedback phrases like ‘can it look more like its competitor, just different’ or ‘make a logo instead of a font’ detract from any originality and turn designs into clones of one other competing at shelf in a sea of sameness. 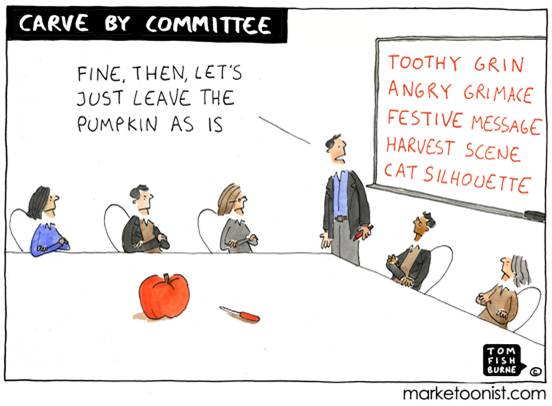 I recently worked on the rebrand of a depilatory cream that had stagnated over the years. Asked to make it more contemporary and relevant, the brand team set out with lots of energy, thinking up a storm as to how we could differentiate and allow it to compete on an even footing in a growing category.

The vision was to elevate the brand beyond pure function and catapult it into the skincare category – where hair removal is driven less by functional claims like‘acts in 3 minutes’ and more about rejuvenation and liberation. Design elements were chosen to create the perception of a lifestyle rather than convey a functional benefit. The brand was given not just a look, but also an attitude that would set it apart from its competition.

But in the hands of the focus groups it got brutally torn apart. The design was found wanting because the customary soft glows, creamy swirls and nourishing droplets that populate the category were intentionally left out. Consumers clearly favoured them over a slightly more differentiated approach, leaving our once distinct design, a shadow of its original self – a nudge better that where it was but nowhere near where it could have been.

I might sound like a self important, petulant designer sulking because I didn’t get what I want. But that is not the case. Believe me, I understand that if you’re in the consumer-facing space building products and services,you can’t afford to ignore consumer opinion. But giving them everything they ask for is not the answer to building a successful brand. Consumers rarely know what they want or what they need- resisting change at every turn, preferring instead to stay within the boundaries of the tried and tested.

I’m not even referring to challenging consumer opinion to build revolutionary brands like Apple here. Even baby steps towards something that is not run of the mill also sees so much resistance in our markets that for design teams, staying the course of the original brand vision becomes an almost Herculean task.The truth is that project energies will wane with each battle fought and at some point it makes more sense to give them exactly what they want just so that life can move on.

I think my real grouse is why we continue to follow and trust a process of design by consumer committee when the result is usually not upto scratch. Isn’t it time we stop hiding behind the safety net of consumer consensus, maybe then innovation can come out and play.Like they say…no guts no glory.