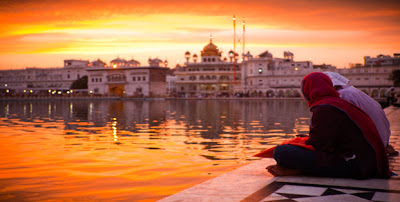 Paneer selling, paratha munching, lassi gulping, bhangra performing, romancing in sarso ke khet and  vrooming on tractors is a common picture that most of us derive of Punjab and Sikhs. Only while working on a Punjab related project did I stumble upon the fact that most of us living in the west, east or south of India have a very myopic vision about this sensitive state and its people. They sure do come across as a happy clan, who is fed well given their physique and can break into a folk song at a drop of their hat but the reality of their plight is deep rooted and is affected by layers of catastrophes that is hidden behind their cheerful yet gallant attitude to life.

It started with invasions of ancient empires of Persian, Greek and Afghan origin coupled with Alexander’s attempt to attack and the British Raj. This followed by the brutal division of the state during Partition, followed by yet another split of the state forming Haryana and Himachal Pradesh. Then came upon the worse bloody tragedy- Operation Bluestar, attacking a faiths most holiest shrine, remains a topic of great controversy and bitterness in many parts of society.  Whilst history has not been kind to the people of Punjab this fertile state still remains home to some of the world’s richest civilizations

Today the Punjab we see and form an opinion of is influenced by the dream merchants of Yash Raj Studios and Adlabs. Munda, makhna, soni, rab, kudi, mauja, tussi, puttar, chak de every second Hindi film is peppered with Punjabi. It started with Raj and Simran flirting in mustard fields, dutifully applying mehendi, observing karva chauth and doing bhangra, this has led to a burst of Punjabification phenomena from Jab We Met, Veer Zara, Dil Bole Hadippa to Love Aaj Kal and Rocket Singh. Bollywood has become a site and carrier of celebration of shared Punjabi culture, with leading producers and directors having found something of a formula for success by including Punjabi cultural themes.The image of the mighty Sardar has been transformed in this new enterprise of Punjabi celebration: no longer presented a buffoon, the Singh is now a King, powerful, smart sexy and glamorous.

The stark paradox of the dark days in the life of Punjabi people and the Punjabi hybrid shown in movies today makes me me wonder what keeps this community in such high spirits and always ready for a ‘Khuth Ke Jhaphi’?