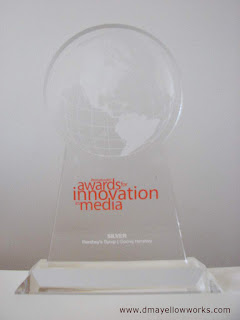 How DY Works won the Silver at the 2011 edition of 'The Internationalist Awards for Media Innovation' in New York, USA.

25th May, 2011, New York: DY Works, one of India's oldest and largest brand consultant and design house believe their credo strongly enough to put it in their name: 'solutions that work'. A fine example of this coming to life is how this affected Hershey's Syrup.

A product which typically works best with ice cream and was thus being sold as such was seeing stagnation in sales. Without much of an ATL budget to speak of changing consumer behavior to stocking (vanilla) ice cream in the refrigerator was as good as impossible. What the brand needed was some serious rethinking of its international strategy given the Indian context.

'Do More With Milk': shift from the micro-niche vanilla ice cream topping to the ubiquitous milk. Ride the perennial mother child fight of enforcing milk consumption and position the brand as a camouflage. Make a chore for both mother and child fun and liberating.

Pack sleeves, Free Standing Units, Island Units, select modern trade was innovatively dressed up with the message seeing a spike in sales by 75% and growth in Rupee sales by 114%.

This was recognized and feted in the 3rd Annual Internationalist Awards for Innovation in Media. This award records international examples of best practices in media. Beating competition from countries which included Australia, Canada, Brazil, Germany, Hong Kong and the USA.This award is yet another reiteration of DY Works commitment to making a tangible positive difference to their client partners.

And a testimony to why they are named as they are! 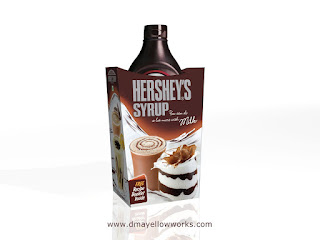 Email ThisBlogThis!Share to TwitterShare to FacebookShare to Pinterest
Labels: awards